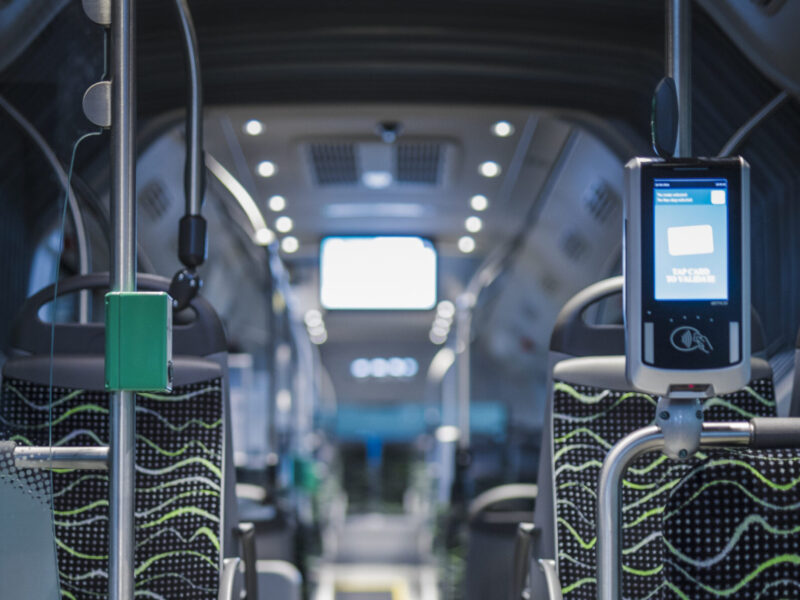 After the successful implementation of the automatic fare collection system of DAN city bus operator in Tel-Aviv, Israel, where AMCO supplied 1.300 pcs of Nexo-360 driver consoles and 4.100 pcs of SV-360 ticket validators, a new project extension has been awarded to AMCO by Malam, which is the main contractor of the project. This new […] 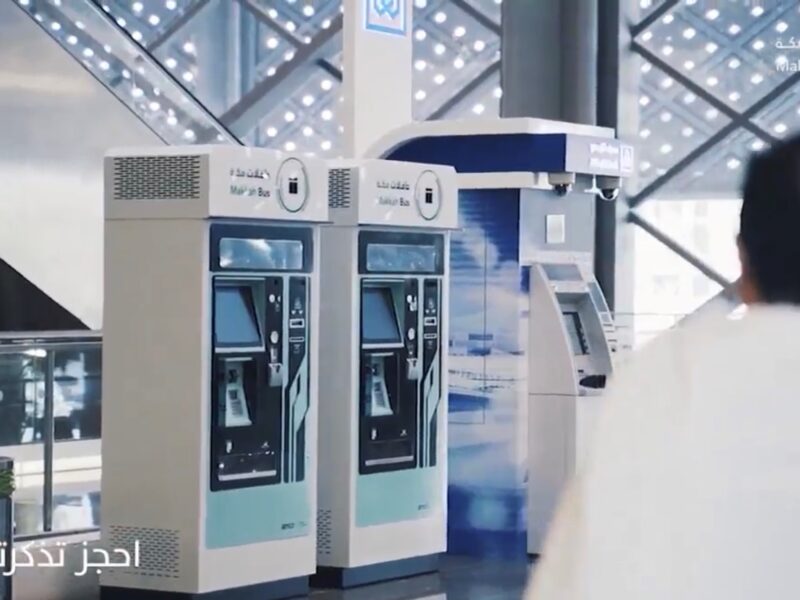 AMCO has successfully finished the delivery of 1100pcs of SV-360 ticket validators and 80pcs of TVM-360 ticket vending machine, with its local software application, which will be used for the operation of 400 new city buses of MBC Bus Operator in the city of Makkah. It was a very demanding project, both in terms of […] 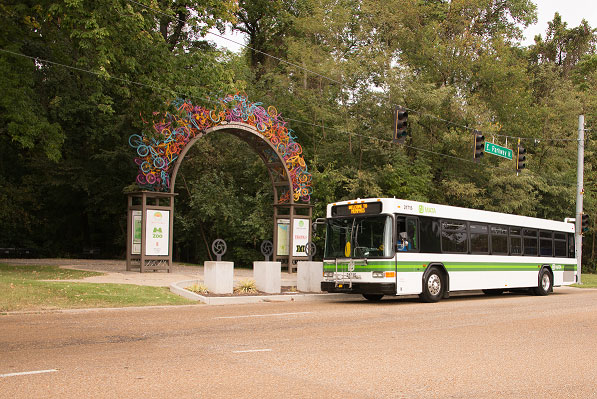 AMCO supplied onboard contactless validators, as a subcontractor of the Illinois-based company AmericanEagle, for the Memphis Area Transit Authority (MATA) which is the public transportation provider for the Memphis area. The onboard validators are designed and manufactured by AMCO in Greece, featuring the latest industry standards in contactless smart cards, NFC and QR codes. “The […] 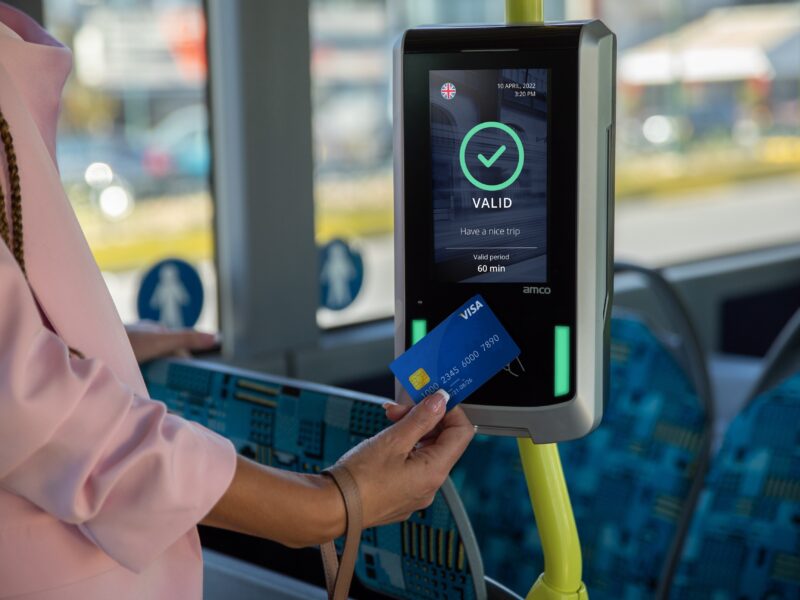 On 10 – 12 May 2022 we are exhibiting at the IT-TRANS https://www.it-trans.org/en/, the leading international conference and exhibition, focused on IT solutions for public transport, organized by Messe Karlsruhe and UITP (The International Association of Public Transport), which will be take place in Karlsruhe Germany. The event will create a meeting point for decision […] 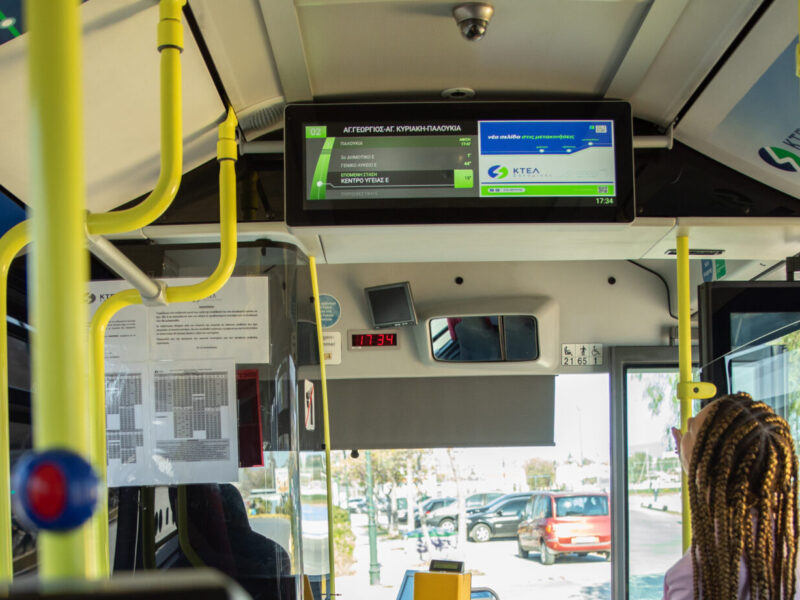 The Minister of Development & Investments, Adonis Georgiadis, inaugurated on 19/3/2022 the new Automated Fare Collections and Passenger Information System of Salamina Bus Operator, which was implemented by our company. The system allows passengers to purchase or top-up smart cards and mobile tickets via their mobile phone and very soon will introduce open-loop payments, using […] 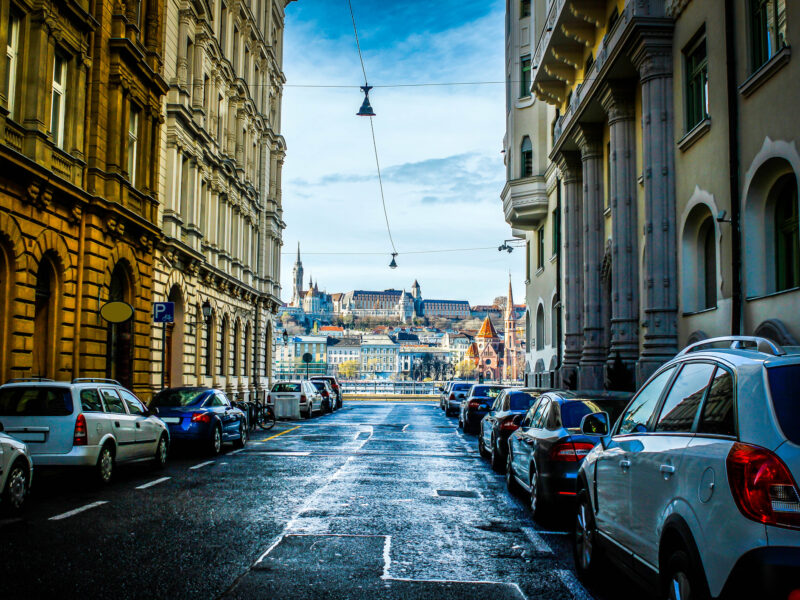 The supply and installation of an on-street smart parking system in Rhodes island was successfully completed by AMCO. The system, which has already been launched, includes 100 pcs of wireless IoT on-street parking sensors, an iOS/Android mobile application for the drivers and the central management software. Through the system, drivers can have real time information […]

AVL/PIS and AFCS project for Kalamata City Bus Operators has been implemented by AMCO. Passengers will be able to receive accurate and real time information about the bus arrivals. The AFCS will provide a variety of payment methods to passengers, as well as fast and secure transactions. It will ensure great reduction of revenue loss, with […] 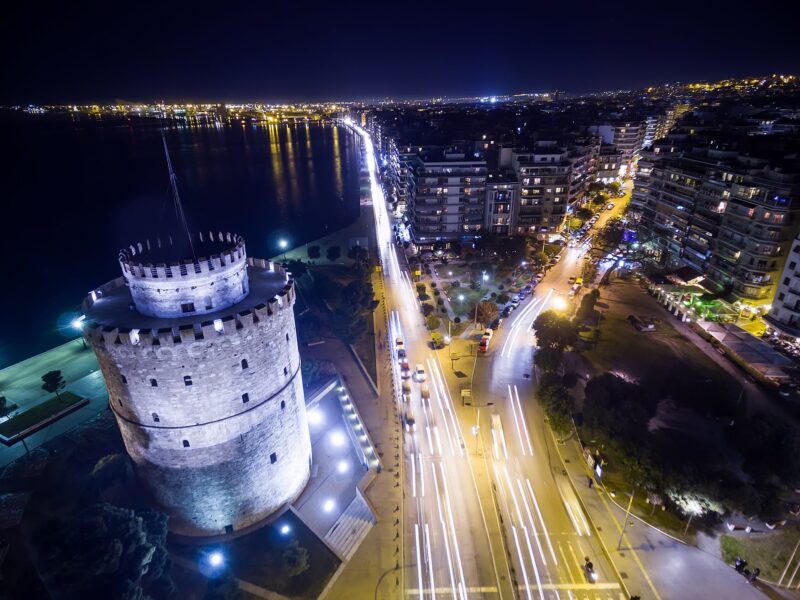 Τhe agreement for the project “Digital Transformation, Telematics and Αutomatic Fare Collection System for Thessaloniki Urban Transport Operator (OSETH)” was signed on Thursday 25/2/2021, between Information Society S.A. (KtP) and the joint venture “TERNA ENERGY– INDIGITAL–AMCO”. The project scope is the complete digital modernization of Thessaloniki Urban Transport Operator, based on the latest standards and […] 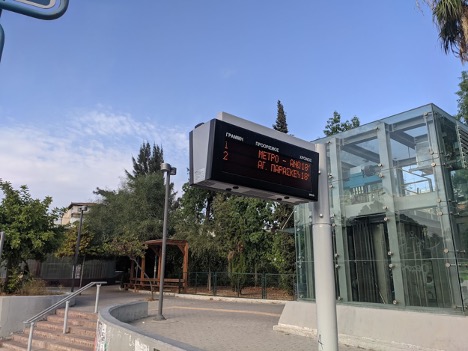 The project was awarded to AMCO S.A. by municipal transport of the Municipality of Elliniko-Argyroupolis, as a subcontractor of OTE. The projects objectives include the supply, installation and parameterization of an integrated AVL/PIS system, which will provide up to date real-time information to the passengers and will allow the operators to manage their daily operation, […] 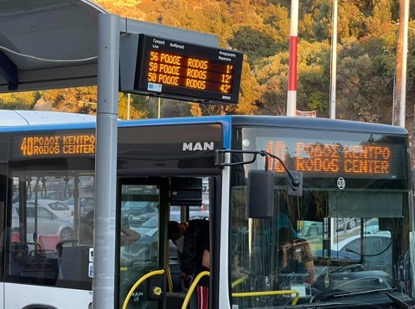 The implementation of the AVL/PIS and AFCS systems for the city bus operators of Xanthi, Komotini and Alexandroupolis cities, has been awarded to AMCO. The projects objectives include:•    The supply, installation and parameterization of an integrated AVL/PIS system, which will provide up to date real-time information to the passengers and will allow the operators to […]